What If the Car Really Is to Blame for the Crash? 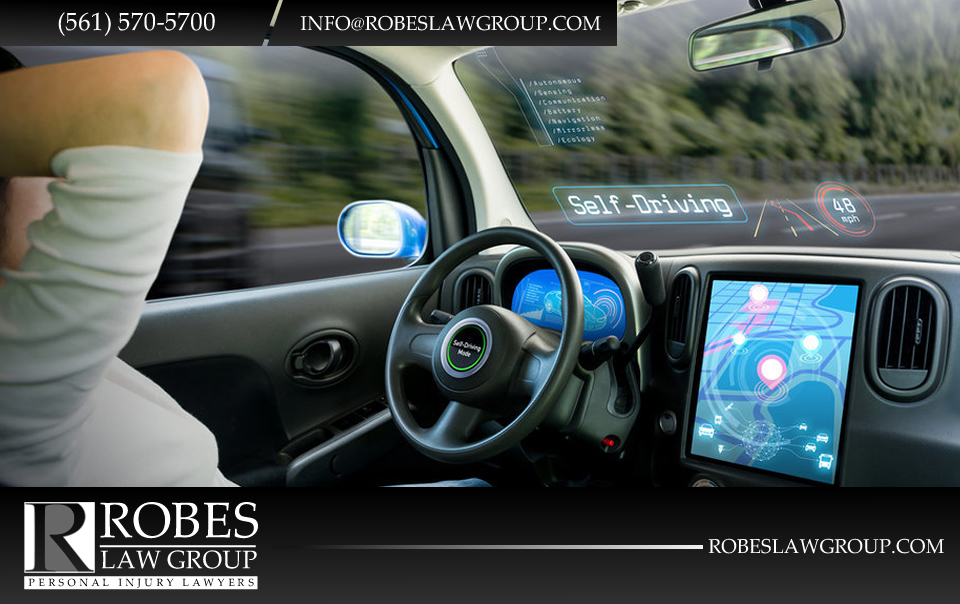 The auto world is abuzz with talk about self-driving cars. Will they work? Will they be safe? When will they be on the market? Companies like Volvo, Tesla, BMW, Google, and Uber are all investing heavily in the development of autonomous vehicles, and it is generally accepted that this will be the future of the automotive industry.

But with recent accidents involving driverless vehicles making headlines, a number of intriguing questions have been raised. For instance, will self-driving cars really be safer than human-driven cars? Safety has been a major selling point touted by those developing driverless cars, because most motor vehicle accidents are caused by human error. The theory is, if you remove the human from the equation, you remove the potential for human error; and thus, reduce the number of accidents.

Another question concerning driver-free vehicles has been posed by the legal community—namely, who can be held liable for an accident caused by an autonomous vehicle? Presumably, any passenger in a truly autonomous vehicle would be completely exonerated in a crash caused by the driverless car—leaving the vehicle’s designer and manufacturer solely liable for the accident. After all, a driver-free vehicle is only as good as its designer and manufacturer.

However, were the accident to be caused by something other than a design or manufacturing defect, such as a pothole or unsafe intersection, the party charged with designing and maintaining that roadway could possibly be held liable. But, such a scenario begs another question: shouldn’t a truly autonomous vehicle have detected the pothole and avoided it? Or, shouldn’t the driverless car have noticed that the intersection was unsafe and entered it with extra caution?

Clearly, the legal definition of an autonomous vehicle and how much liability it can reasonably have needs to be established through the judicial system. While one could argue that the driver-free car should have detected the pothole and avoided it, it would be entirely different if a bridge that an autonomous vehicle was driving on collapsed. All accidents are different, and the legal ramifications will depend on the particular circumstances. Again, legal precedents involving driverless vehicles will have to hammered out in the legal system as the technology progresses.

Liability as It Stands Today

The National Highway Traffic Safety Administration and the Society of Automotive Engineers have developed a scale to gauge the levels of driving automation. This scale has six levels, with zero being full human control of the vehicle, and five being a fully autonomous vehicle. The driver automation level of today’s driverless cars is at two and below, meaning that the driver of a car with partial self-driving technology can still be held liable for an accident. Recent accidents have illustrated the problems with partially self-driving cars. Tesla has reiterated that, while in Autopilot mode, drivers need to “stay fully attentive, and to keep their hands on the wheel, at all times. Autosteer is not designed to, and will not, steer Model S around objects partially or completely in the driving lane.”

A potential problem foreseen for these partially self-driving cars is that they will lull drivers into a false sense of safety, leading them to look away, zone out, fall asleep, or attempt to drive while under the influence of drugs or alcohol. This actually happened in San Francisco earlier this year. The SFPD found a man passed out behind the wheel of a Tesla Model S on the city’s Bay Bridge. The man’s blood alcohol content registered twice the legal limit for operating a motor vehicle and he was arrested for DUI.

Seek the Advice of an Experienced Personal Injury Lawyer

As with all emerging technologies, the legal system will have to catch up with issues involving autonomous vehicles—just as it had to catch up with the internet, file sharing, and rideshare technology. Many legal issues concerning driverless cars will eventually be resolved by case law and the precedents that are established.

Meanwhile, if you’re involved in an accident with a partially self-driving vehicle, you need to consult with an established personal injury attorney.  For years the legal team at Robes Law Group has been successfully representing Florida injury victims, getting them the compensation they deserve. For a free case evaluation, call (561) 570-5700 or use the button below.