Who has the Right-of-way During a U-Turn? 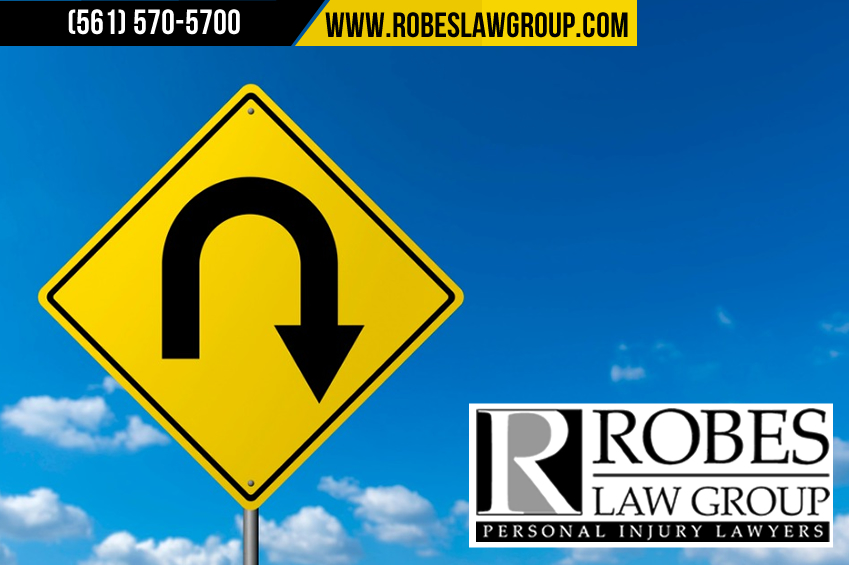 The Florida Driver’s Handbook is not always clear – and the more time that passes between when you last read it (i.e., when you took your driver’s test) and while you are still driving, the more you may forget. While it is true the rules of the road are constantly evolving, the right of way during a U-turn has not changed much over the past few years for the state – though it is still one of the most misunderstood rules.

What the Law Says

When you are at an intersection that allows a U-turn, you will sometimes witness several near-crashes – simply because two drivers are trying to go in the same direction. But, if an accident were to happen, which of those two drivers would be considered in the right and which would be the driver receiving a citation? The answer depends on the situation. If you are at an intersection that allows a U-turn and you have the green arrow light, then you are the one with the legal right-of-way. On the other hand, a driver making a U-turn on a red light must yield to oncoming traffic. Both drivers, however, should stay in the closest lane and not cut across traffic. If you are making a U-turn in an area where you have a green light but must yield to oncoming traffic, then the other drivers have the right-of-way.Unfortunately, it is too difficult for most vehicles to stay in the proper lane while making a U-turn. Also, too many drivers are not actively scanning the road ahead to see if someone is making a U-turn, which can lead to collisions. If you are ever unsure about which driver has the right-of-way and which driver must yield, you should read the signs. At intersections you will see signs telling you which driver has the right-of-way and, as a person operating a vehicle on the road, it is your responsibility to read those signs and follow them.

If you make a U-turn when you do not have the right-of-way, nothing may happen. However, if a police officer does see you, you will almost certainly be cited for doing so. Also, if you were to cause an accident with a vehicle in oncoming traffic, you could face additional criminal liabilities as well as civil penalties. That driver can hold you liable for their vehicle’s damage , lost wages, medical bills, and pain and suffering. This is why it is important that every driver in Florida constantly familiarizes themselves with the rules of the road and, if they are ever unsure, they should refer to the driver’s handbook or research it online.

If you have been injured by a driver who ignored the right-of-way, you may be entitled to compensation for your injuries. The Attorneys at Robes Law Group are ready to assist regarding your accident case.  Call us at (561) 570-5700 or request a case evaluation by click on the button below.